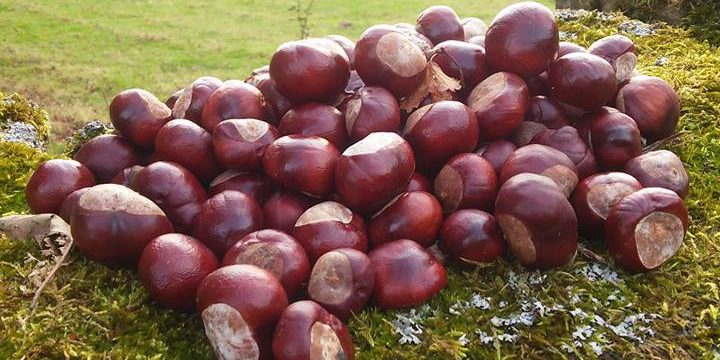 … that in the autumn of 1917, when conkers fell from horse chestnut trees, children went out and collected them – not to play with, but to help with the war?
Chemicals from conkers were used in factories, to make a substance called cordite which was an ingredient in explosive shells and bullets. Posters were put up in schools, encouraging children to gather conkers. Boy Scout leaders helped organise collections.
The collected conkers were sent by train to top-secret factories at Holton Heath in Dorset and King’s Lynn in Norfolk.
The plan wasn’t a great success. It turned out that conkers were a poor source of acetone, the chemical needed to make cordite, and in the end only 3000 tons were used and piles of unused conkers were left to rot at railway stations.
😀.